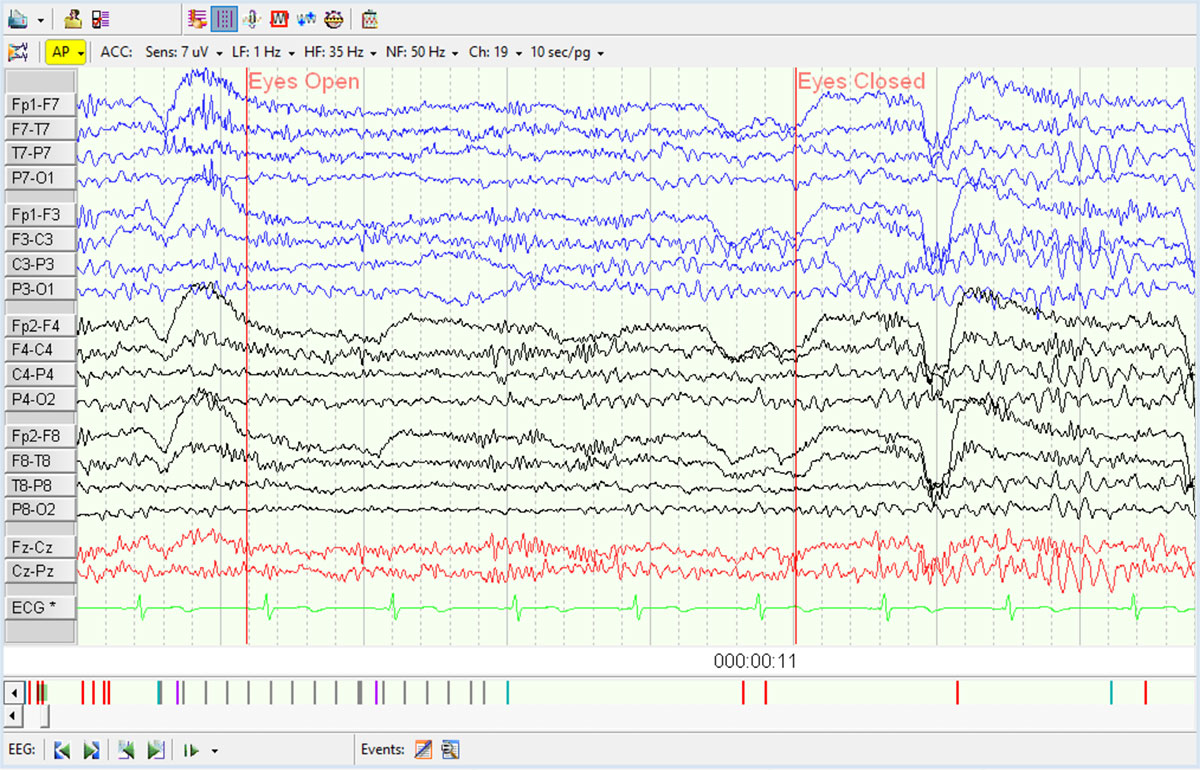 It started while washing my hands. They felt especially cold whenever I held them under running water. It was odd, but nothing to set off alarms.

Then both legs developed red, itchy rashes. My ankles swelled. Bandages covered my shins from all the scratching. I figured it was a reaction to mosquito bites. It was late spring and they’d returned in famished hordes.

The dermatologist told me it was eczema, but the issue was deeper than a skin problem. He pointed out some white blotches on my knuckles. “That’s Vitiligo. What Michael Jackson had,” he said. “All of this indicates an autoimmune  (opens in a new window)response.” He sent me to an internal medicine specialist, who ordered a long list of blood and urine tests. To my relief, he ruled out diabetes and liver problems. Vitamin and mineral levels were all normal and healthy. The only exception to otherwise perfect results was a raised immune marker, 120 on a scale where 100 was the maximum.

It seemed to be nothing serious, maybe a virus. Sometimes these things come and go. I should drink more water, use plenty of skin lotion, and give it a month.

I didn’t need to wait that long.

About a week later, I woke up with tingly numb fingers. The front halves of both feet were cold and unfeeling; it felt as though I were walking on balloons. The numbness continued all day.

Figuring it was a pinched nerve, I went to my doctor for a referral to a chiropractor. Since I was wearing shorts, he noticed the rashes on my legs. I told him what the internist had said about the autoimmune issue.

My normally gregarious GP scratched his chin and didn’t say a word. He scribbled something onto a piece of paper. “Pinched nerves won’t normally affect the hands and feet together. But if your chiropractor can fix it, we save a lot of trouble. Please also ask her about this.” He handed me the paper, which I tucked into a shirt pocket.

The chiropractor was booked solid. Her first opening was the following Monday, the day Cathy and I were flying to Thailand to celebrate our thirty-fifth wedding anniversary with a 200 km cycling trek around the Golden Triangle. I pleaded with the receptionist, who squeezed me in on the preceding Thursday.

The numbness was getting worse. My fingertips felt “burning cold”, like when you stick your hands in snow or a bucket of ice for a little bit too long. My lips and tongue sometimes felt tingly.

The chiropractor was all twinkles and cheer. She put me through a few manipulations, had me do a number of stretches and exercises, then massaged the joints where pinched nerves typically occur. By the end of the session her smile had gone home.

“Larry, I’m not sure what’s going on. If it was a pinched nerve, you’d be responding to the treatment, but you’re not. I think you have some systemic issue going on here.”

I remembered the paper the doctor had given me, which I’d shoved in my wallet without ever having given it a glance. I fished it out for the chiropractor.

Her face pinched and she nodded. “Yeah, that’s kind of what I was thinking. Do you know any neurologists?”

She handed back the paper, which I looked at for the very first time:

“We can postpone the trip,” Cathy said. “We don’t have to go right now.”

“We have to.” It had been our tradition nearly every year to travel somewhere for our anniversary and, if possible, incorporate cycling into the trip. I could ride a bicycle, no problem. It was walking that had become uncomfortable.

Anyway, the holiday might distract me from my own freaking out. I was reading everything I could find about peripheral neuropathy, and as Doctor Google will do, he was scaring the living hell out of me. Most neuropathy sufferers get it as a side effect of diabetes. But I’d just been tested, and was miles away from being diabetic. That left other possible causes, including strokes, aneurysms, and worst of all, multiple sclerosis. Wheelchairs twirled before my eyes.

Neuopathy is an autoimmune disorder, like my eczema and vitiligo. It occurs when the immune system goes haywire, attacking and destroying the myelin sheath which coats our nerve fibers. The exposed nerves then die. Conventional medical wisdom says that dead nerves never regrow. Every respectable medical source says that neuropathy is irreversible, untreatable, and will inevitably worsen. The only so-called “remedies” are pharmaceuticals for pain relief. Fortunately, mine had not progressed to the point of pain, except the psychic pain that all this research was causing.

We made the trip, and I’m delighted we did. With a private guide we spent three full days cycling the back roads of northern Thailand. Our thirty-fifth anniversary banquet took place at a roadside cooked food stall, where we sat on the sidewalk eating spicy local fish and vegetables, while overlooking Laos across the Mekong River. The daily exertion got my blood flowing into my extremities, and I even forgot the numb feelings for a while. I was happy.

After the cycling trek we stayed in Chang Rai. One morning we were crossing a busy street. A car careened around a corner straight at us. My instinct, of course, was to run. I raised my leg but it wouldn’t respond. Running involves pressing upward on the balls of your feet and shifting balance, sensed through the toes. The front halves of my feet had no feeling, so my body had apparently shut down the entire running mechanism. Fortunately, the car stopped in time. We spent the rest of the trip sitting safely in restaurants and cafés. The food was outstanding. So was my wife with her emotional support.

I also tried drawing, which I’ll describe in another post. The doctor confirmed that my neuropathy was not a result of diabetes, stroke, brain or spinal injury, or multiple sclerosis. He could tell me what hadn’t caused it, but not what had. Which is why he wanted to do a nerve biopsy: remove a small section of nerve on my leg for examination. This would enable him to possibly pinpoint my specific type of neuropathy. It would also leave that spot on my leg permanently numb.

“What difference will the biopsy make?” I asked.

“It will allow us to make a definitive diagnosis,” he responded.

“Will that make a difference to the treatment?”

He sensed my skepticism. “Since, as you said, you’re not presently experiencing any pain, we won’t recommend a particular treatment.”

“Okay, I get it. So, if it makes no difference to my treatment, or non-treatment, then can you please convince me why I should sacrifice yet another nerve?”

“Mr. Feign, I see that you voluntarily admitted yourself to hospital, presumably to diagnose your condition. Without a biopsy, I’m afraid I’ll be unable to offer you a definitive answer.”

“But either way, there’s no cure, right?”

“We can manage the pain, but as yet there is no cure.”

“I’ll think about it,” I said. Without another word, the doctor walked out.

A few hours later, so did I, after requesting to be discharged. The hospital tests and the neurologist had told me all I needed to know, and more. They’d ruled out other health issues. Beyond that, they offered me drugs in case of pain, but no hope for getting my fingers and feet back.

Then hell, I was going to cure myself!

That’s what this website is about. It’s a journal of my attempts to regain feeling in my fingers and toes, while simultaneously trying to regain my feelings for drawing. It’s my hope that my research, and using myself as a lab rat, will benefit, or at least inspire others suffering this depressing, often crippling, condition, as well as those struggling to overcome a handicap to relearn a skill that was once dear to them. 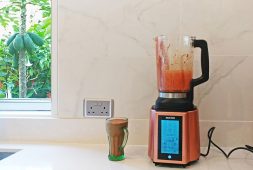 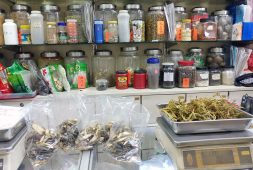 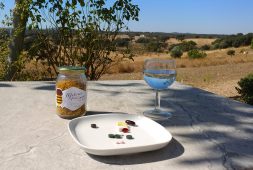 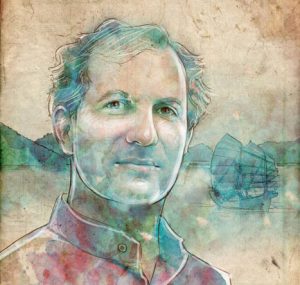 My novel, based on a true story 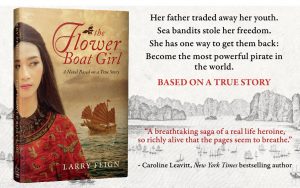 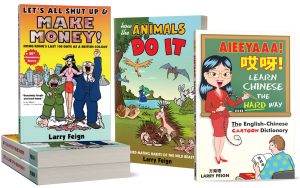 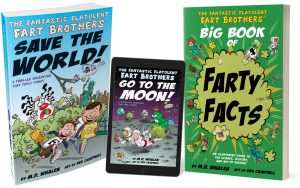